How Additive Manufacturing Can Revolutionize Making Things for the Military

Generative design and additive manufacturing (AM), also commonly known as “3D printing,” have the capability to revolutionize how the military creates new parts for its equipment and new products for the warfighter. Additive manufacturing is widely seen as a technology that could make creating military vehicle parts and products more efficient and cost-effective. It’s also considered a technology that could push manufacturing closer to the edge where these parts and products are needed in theater.

And to its credit, the DoD has been testing the waters on this new technology with projects such as the Jointless Hull Project, which explores the use of large metal printers to create seamless vehicle hulls and the creation of portable runways for expeditionary forces. However, some experts say that adoption is moving at a less-than-optimal pace.

The GovDesignHub had the opportunity to speak with Dr. Samantha McBirney, an Engineer at the RAND Corporation whose article on the military adoption of additive manufacturing was recently featured in National Defense Magazine. During this first article in our two-part series, we ask Samantha about how Generative Design and AM can help the military make the impossible become possible, and how these manufacturing innovations can transform how the DoD operates. 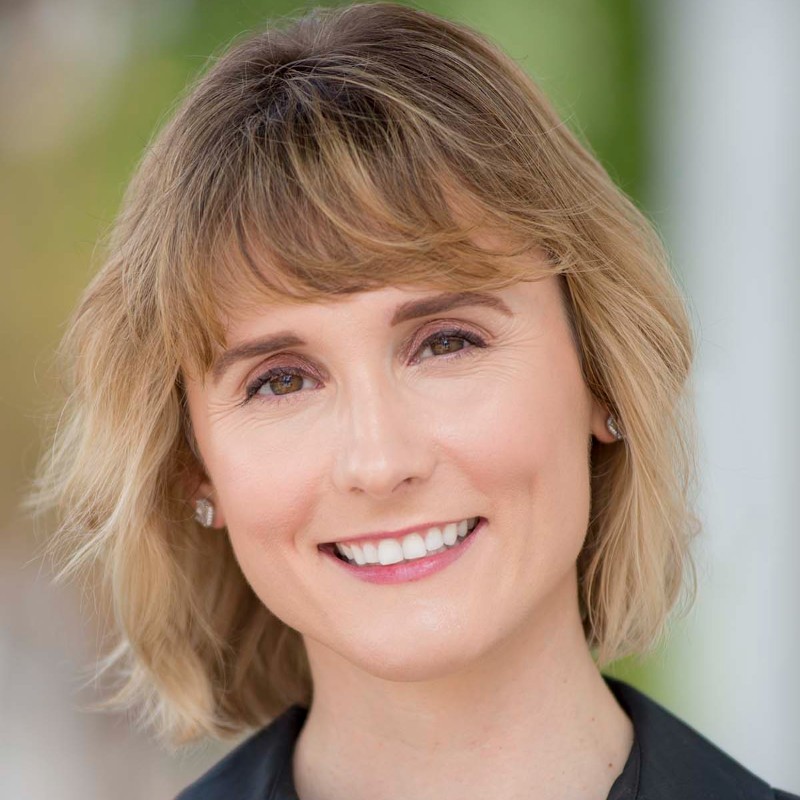 GovDesignHub (GDH): Over the past few years, improving readiness has been a key directive for the DoD. How can additive manufacturing help enhance readiness for the DoD? How can it improve and streamline supply chains and make it faster, easier, and cheaper to get products and parts to the warfighter in theater?

Dr. Samantha McBirney: Additive manufacturing (AM) is a technology with game-changing potential already being realized across the DoD in this exact way—it’s simply a matter of amplifying impact. At its core, AM can fundamentally change how the DoD identifies, designs, produces, delivers, and sustains materiel readiness. AM provides alternate manufacturing methods beyond conventional techniques to manufacture parts onsite and on-demand, thereby holding the potential to mitigate supply chain disruptions.

This goal is of particular interest when operating in austere settings where timely access to goods can pose a significant challenge. Specifically, when we look to the future fight, the U.S. military must plan to be contested in all domains, which means that the traditional delivery of parts may no longer be as reliable as it once was.

“Additive manufacturing (AM) is a technology with game-changing potential already being realized across the DoD in this exact way—it’s simply a matter of amplifying impact.” – Dr. Samantha McBirney

This task is primarily done through consolidating multi-component parts and topological optimization. Reducing the number of components within a part reduces assembly time and increases the part’s strength by removing inherently weak joints. Some entities have consolidated dozens of parts into a single build, which is truly remarkable, reducing the lead time and getting a capability back out into the fight faster.

Topological optimization focuses more on creating new, more complex geometries that simply aren’t possible using traditional subtractive methods. One example is the stunningly gorgeous honeycomb structure, frequently used for lightweighting parts. This design is simply not one that is attainable by conventional methods and yet brings with it tremendous benefits.

That being said, the DoD is likely still lightyears away from realizing these particular benefits of additive manufacturing because, at this time, the DoD is largely using AM to manufacture an exact duplicate of the original part.

“Mostly, folks feel more comfortable using additive manufacturing to duplicate a part they already know works. It’s a mindset of only wanting to introduce one new variable at a time, which, as a scientist, I certainly understand.” – Dr. Samantha McBirney

Dr. Samantha McBirney: Don’t get me wrong—the DoD is consolidating multi-component parts and lightweighting by substituting one material for another that is lighter. However, to my knowledge, none of the Services are currently lightweighting parts by changing the fundamental structure or truly optimizing the topology of a component for many reasons.

Mostly, folks feel more comfortable using additive manufacturing to duplicate a part they already know works. It’s a mindset of only wanting to introduce one new variable at a time, which, as a scientist, I certainly understand. Another reason that folks are hesitant to drastically change the design of a given part is due to the lack of data in their possession. Changing the design of a single element on a weapons system could have significant downstream effects on other parts of the system.

In many cases, we don’t have the data to make an accurate assessment as to what those potential effects could be of redesigning a part. In that case, folks are, understandably so, reticent to redesign. I’m eager to see how this technology unfolds within the DoD because, as you stated, additive manufacturing has tremendous potential to create new, better alternatives for the DoD—it’s only a matter of time.

GDH: Do you envision additive manufacturing as replacing traditional manufacturing practices back at home in factories or as an alternative to getting replacement parts and other necessary items to the tactical edge more quickly and efficiently? Or, in your opinion, is it a combination of both?

Dr. Samantha McBirney: I think it really depends on the time horizon and the part in question. In the coming years, I envision additive manufacturing as being primarily an alternative to getting parts to the tactical edge more quickly and efficiently.

Though, looking further out and looking at specific parts, I think AM could serve as a replacement for traditional manufacturing.

Do I think traditional manufacturing will ever be wiped out entirely? Absolutely not. But do I believe that AM will become the go-to original manufacturing method for certain, let’s say, low-quantity, highly complex aerospace components in the future? Absolutely—and, in fact, it already is!

“Like DfAM, I envision a day when generative design is widely used within the DoD—however, I don’t necessarily see that happening in the next five to ten years.” – Dr. Samantha McBirney

Dr. Samantha McBirney: Generative design is often focused on not only improving the design process but also lightweighting, improving performance, and decreasing manufacturing time and cost, meaningfully reducing waste – also known as the “buy-to-fly ratio.” It should be no surprise that additive manufacturing is often critical to breathing life into generative designs, and it’s quite clear what the potential benefits are.

In the next article on the GovDesignHub, we’ll feature the second part of our conversation with Sam, where we discuss what private industry and the U.S. Department of Defense can do to help increase the adoption of additive manufacturing in the military.

Ryan Schradin is a communications expert and journalist with more than a decade of experience. Ryan has edited and contributed to multiple popular online trade publications focused on the digital design, security, satellite, unified communications and network infrastructure industries. He serves as the executive editor for the GovDesignHub. In addition to his work with the Hub, he serves as the Executive Editor of the Government Satellite Report and the Modern Equipment Manufacturer online publications. In his spare time, he enjoys hiking across the great state of Virginia with his wife, Sarah, and their rescue pup, Brooklyn the Adventure Dog, who is 13lbs of pure furry fury.

Is the Military Ready to Embrace Additive Manufacturing?